Everything there is to know about racehorse cardio 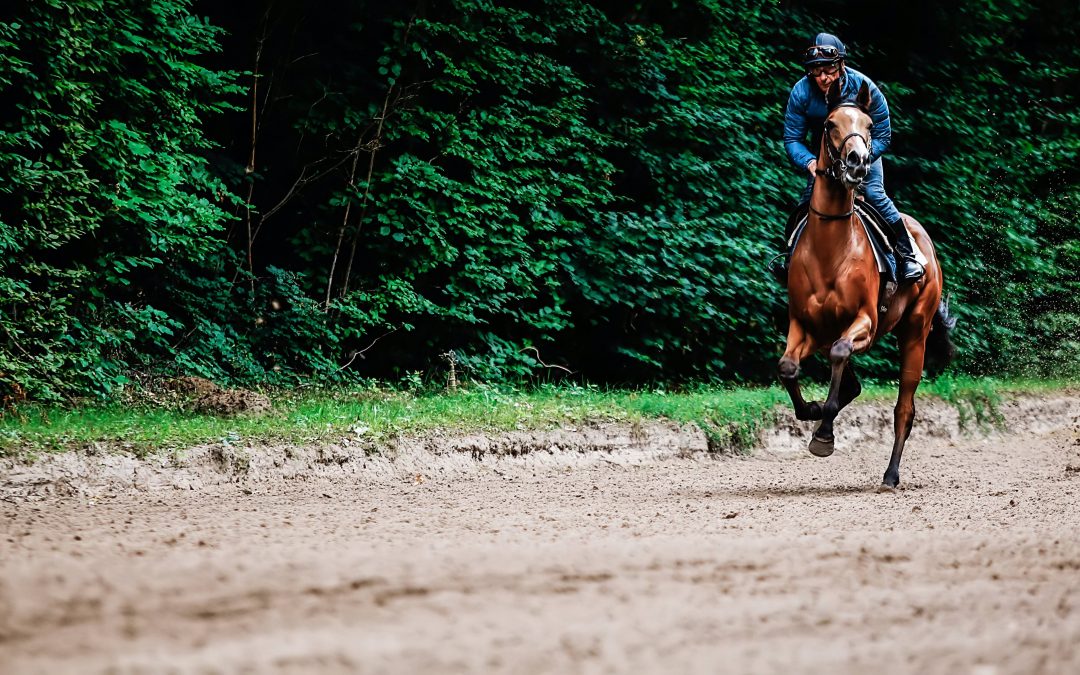 1. ASSESSING THE FITNESS OF RACEHORSES

Racehorses are all different and not all have the same abilities. Therefore not all have the same limitations. Some horses will naturally have the required breath to run a 2500m while others will be out of breath at the end of a 1200m. This is why analysing the evolution of the heart rate at the end of each training session makes it possible to confirm the trainer’s feeling and to see if the horse is really struggling to reach the finish line. The heart rate evolution graph makes it possible to see how the horse has trained in order to evaluate the intensity of the exercise in relation to the working speed. This will help to define the horse’s level of recovery. These parameters objectively quantify the horse’s fitness level, its ability to go through an an exercise and its fatigue.

At rest, the heart rate of the horse is very low, from 25 to 40 beats per minute (BPM). However, it can vary up to more than 100 BPM under the influence of excitement (meal time for example), fear, or at the start of an exercise.

The presence of a person in or around the stall can significantly increase resting heart rate. A low resting (undisturbed) heart rate would be associated with a good level of fitness, while a high value may be associated with pain, stress, illness or fatigue due to overtraining.

2. ASSESSING THE IMPACT OF THE TRAINING

When a horse’s heart rate tends to remain high while the speed has dropped, it means that the training has been too intense and not well supported by the horse. Ideally, the BPM curve should fall directly with the speed curve. If this is the case, the horse has a good fitness and has assimilated the exercise well.

However, the heart rate does not only depend on the effort, but also on exogenous factors such as the inclination of the terrain, the weight of the rider, a change in the type or condition of the track, the weather conditions etc. In order to compare two training sessions, it is important to ensure that the conditions are as standardised as possible.

The V200 is the speed reached by the horse when its heart rate reaches 200 BPM. The best horses will have a higher V200 than others. However, this parameter should be used more to compare the workouts of the same horse than to compare horses to each other because horses have different heart rates when exercising. That doesn’t mean anything in terms of horse quality.

What about maximum heart rate?

The maximum oxygen volume (VO2 max) that a horse can use is one of the best indicators of the level of performance. In addition, the heart rate is strongly correlated to the volume of oxygen consumed by the body.

Once the HR Max is reached, there is very little left for the horse to accelerate and reach its VO2 max. This means that it has to tap into its other sources of energy to be able to accelerate. However, as the other energy sources are limited in quantity when racing, a horse can hold its maximum speed for about 600 to 800 meters.

The maximum heart rate can be measured during an exercise where the intensity of the exercise will require a large energy input. Typically, a 70% to 80% maximum speed effort for at least 1600m or on a track with a positive elevation gain, or a force greater than 90% of the maximum speed for 600m.

It decreases slightly with the age of the horse and is little influenced by training. Moreover, it is not correlated with the performance level of a horse. In the same race, it was shown that the maximum recorded heart rate of horses ranged from 204 to 241 BPM (Evans, 2007).

In order to better understand your horse’s work and to make him work on heart rate ranges that are specific to him, it is necessary to evaluate his maximum heart rate at least twice during the season.

Today, high level athletes are supported in their sports practice thanks to the analysis of some physiological data by health professionals, allowing them to reduce the risk of pathologies such as arrhythmia or atrial fibrillation. Collecting quickly and easily cardiac data from racehorses is a major asset for the racing industry in order to reduce health risks. For example, longitudinal monitoring and ECG analysis are tools to detect signs of arrhythmia and treat the horse accordingly.

Equimetre is a tool to make horses talk during the training. Physiological parameters are measured and they allow to know if the horse is working in comfort and safety or not. When he has difficulties in training, either because he does not have the required qualities or because he has an underlying health problem, the parameters measured by EQUIMETRE will highlight it. This is much more relevant if we rely on purely subjective criteria. It is a matter of putting numerical values on the trainer’s impression. Using EQUIMETRE daily allows to see if the abnormal values repeat themselves over time, in which case we should be concerned.