THE DEMO HORSES OF EQUIMETRE : A KEY TOOL 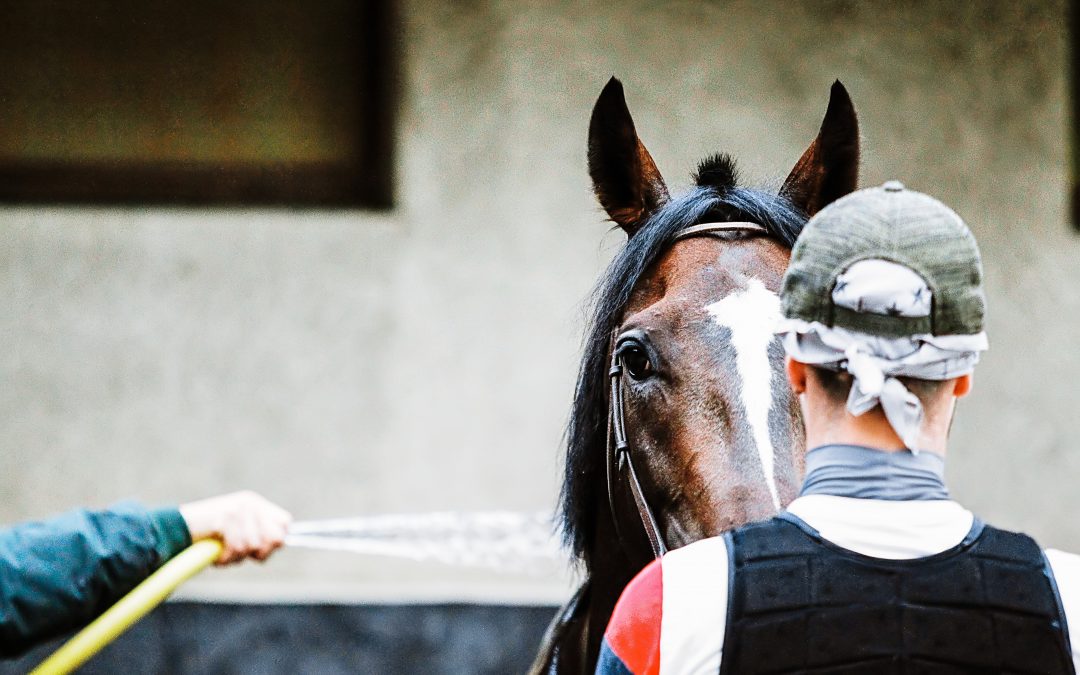 Conceived to give you reference data, the demo horses of Equimetre.com are a concrete comparison tool meant to be used.

Here are the keys to get the most value from its use.

* Please note that all horses are anonymous*

Group 1 winner is a Group 1 winning horse aimed to give you the references of a very good flat races horse. Let’s take a closer look at the data. G1W’s trainings have several indicators of excellence :

Future Performer can be used as a reference to compare your young horses and detect future performers. It is indeed a horse with real speed skills, an interesting locomotor profile, but still has work to do to improve his fitness. He is promising but not quite ready to run. Let’s take a closer look at the data. 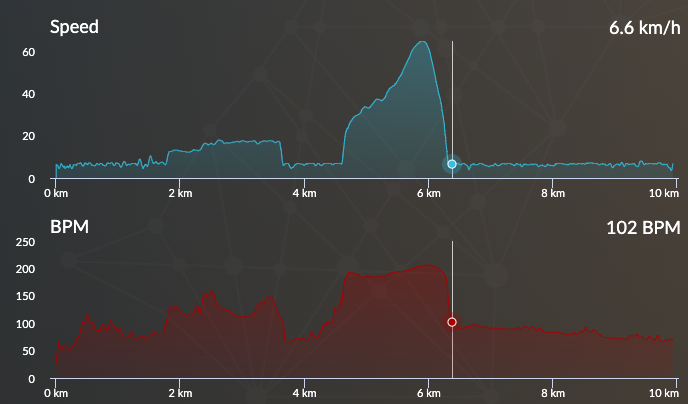 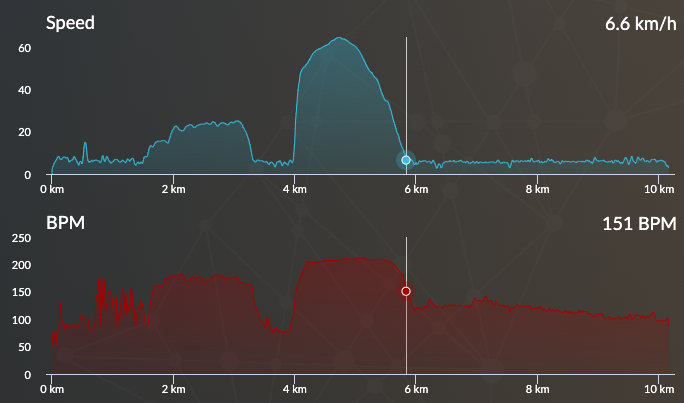 Painful horse is a horse with a respiratory pathology. To detect them, you have to look at the speed and heart rate graphs.

As soon as PH starts to gallop, his heart rate is already at its maximum: at 18 km/h he already reaches 180 BPM, and at 33 km/h his heart rate reaches its maximum and peaks at 204 BPM. Normally, the heart rate curve should increase at the same time as the speed curve. An unexplained increase in heart rate means that the horse is in pain.

Similarly, when the horse slows down at the end of training, his heart rate remains very high, which is a sign that an oxygen debt has been created during the effort. When the horse reaches its maximum heart rate, his heart cannot beat faster to bring oxygen to the muscles, it then contracts an oxygen debt, which is compensated at the end of the exercise by a heart rate that remains at its ceiling for the time it takes to catch up with this debt. If your horse has similar speed/heart rate curves, it is advisable to investigate the cause with your vet.

Feel free to create your own free account on equimetre.com to get familiar with the platform and the demo horses.