The slope has a clear and intuitive impact on humans’ body and therefore on speed. On uphill slopes, muscles are more strained and require greater energy expenditure at the same speed. On the opposite, on a downslope, the energy expenditure required is lower, and reaching a fast speed is easier. The acceleration caused by a downslope is explained by the energy gain resulting from the displacement of the body’s centre of gravity with the drop in altitude. A slope even allows to reach over-maximum speeds, higher than the maximum speeds reached by the athlete during his training.

Training at over-maximum speed, achieved through a downhill slope for example, also allows the sprinter to better understand his pace and his body when he reaches his maximum speed. In addition, alternating uphill and downhill training allows the human athlete to increase his maximum speed. However, the loss of speed on climbs is twice as high as the gain in speed on downslopes.

However this rule is not true for horses. This is shown in particular by the study on the links between speed and slope of the terrain, conducted by the Structure and Motion Lab of the Royal Veterinary College of London. The aim of this study was to establish whether or not racing speeds could be explained by a power limit. Thus, if the speed was mainly explained by the power relatively to the physical effort required, the climbing speed should prove to be less important and the descending speed more important, the energy effort required being respectively more and less important. The results of their study refuted these assumptions. Contrary to what was expected, the maximum speeds achieved during the race occurred when the slope of the terrain was neutral. In all other cases of slopes, whether ascending or descending, speeds decreased. Thus, when the horse faces a slope, an uphill or a descent, the horse reduces its speed.

Data collected on uphill slopes supports the hypothesis of a metabolic power limit of speed. The steeper the ascent, the greater the effort required of the horse. In an uphill race, this means that horses with a higher metabolism will stand out from others in their ability to compensate for the additional energy cost caused by the slope by better energy mobilization to maintain a constant speed.

On the other hand, in a downslope, a decrease in speed is observed when the decrease in power requirement was expected to explain an increase in speed. The fact that the horses also slows down on downwards slope proves that factors other than metabolic factors are involved in explaining speed regarding topography. It is not only the efficiency of the heart and muscles, the sources of the general energy supply, that influence speed. How then can it be explained that horses have to reduce their speed when approaching a downslope? What other factors can explain a consequent deceleration of horses on a downslope?

When going downhill, the weight of the horse is caused to move forward, on the animal’s forehand. Thus, a greater energy consumption of the forelegs justifies a small part of the observed slowdown but this is considered negligible.Two main hypotheses are put forward by scientists.

1. The decrease in downhill speed could be explained by the different muscular and tendinous aptitudes of the forelegs in horses and humans. In horses, the fibres of the foreleg muscles are shorter than those of humans, and the structures of the extensor tendons of the equine knees are less effective in countering the gravity-induced compression of the limbs. Thus these factors would not allow the horse to face the downslope with as much efficiency as humans. If this hypothesis were to be verified, training work carried out downhill would enable the horse to adapt its muscles and tendons to this type of effort and its capacities on the slope would increase. Thus, when the horse faces a slope, uphill or downhill, the horse reduces its speed.

2. More probably, this slowing down in the downslopes could also be explained by a mechanical functioning of the forelegs, inherent to the horse, which is not conducive to high speeds in downslopes. If this hypothesis prevailed, working on the slope would not help to improve the speed of the horse downhill, and would even cause risks of injury by pushing a skeleton and a musculature which, because of their constitution, do not allow to reach high speeds downhill. The difficulty for horses to maintain high downhill speeds may be due to the anatomical simplicity of their forelegs which limits weight resistance and stability.

A last hypothesis, less considered by scientists, is the influence of the psychology of the horse, or the influence of its free will. Difficult to evaluate, these parameters of fear, the reflex to preserve its integrity, its will to keep control of its gait, can vary according to the horse and explain in part why they tend to slow down in the downslopes.

The answer to this question requires further study. Arioneo’s teams are putting their expertise in studies and the design of algorithms to work on a daily basis in order to be able to contribute to Research that will one day help to settle this debate.

To read more about speed and its influences, you can check our other articles :

EQUIMETRE is a technology dedicated to the race horse training and allows to measure :

EQUIMETRE | On-board data for racehorses thanks to equine technology

Optimising the profitability of the stable is one of the coach’s main concerns.

MAINTAINING MAXIMAL SPEED: THE KEY TO VICTORY IN HORSE RACING?

Maintaining maximal speed is a key success factor in horse racing. A racehorse’s career is short and opportunities to perform in a race are limited.

How to identify & develop the specialities of each racehorse?

Optimising each racehorse’s chances of success is the main concern of all trainers.

EQUIMETRE IN PRACTICE: HOW TRAINERS USE THE DATA TO MAKE DECISIONS

Arioneo’s team had the opportunity to spend a day with Mikel Delzangles, gallop racehorse trainer in Chantilly. Mikel Delzangles is one of Arioneo’s partner trainers and uses the EQUIMETRE sensor on a daily basis for the horses in his stable.

How to make sure that my horse is ready to race?

Find out how to know if your horse is ready to race by using the EQUIMETRE monitored data during training.

Romans Racing Stables harnesses the power of Arioneo as sittin on go gets a green light to the breeder’s Cup Worl Championships Juvenile.

Performance measurement is not a new trend in the sport industry. Data collection optimizes performance and ensures regular monitoring of each horse’s progress.

Read a training with EQUIMETRE

By training with EQUIMETRE, you collect data on the performance of your horses. A good understanding and reading of this data is essential after each training session.

It is important not to neglect the racehorses locomotion performance as stride length and stride frequency have an impact on the fatigue felt by the horse.

HOW DO RACEHORSES TRAINERS USE EQUIMETRE?

James Peters, a racehorse trainer in Singapore, explains how EQUIMETRE is settling into his daily routine as a trainer and how data help him.

The horse’s locomotion is strongly influenced by the terrain over which it moves. This section assesses the impact of turns, slope and ground quality on the horse’s range and pace.

BUYING A HORSE THANKS TO DATA

Data represents a real stake in racehorse sales: from now on it is possible to rely on real indicators to buy a horse. These datas confirm or not the feeling that the future buyer has or not has about the horse in question.

SPECIFIC LOCOMOTION CHARACTERISTICS OF THE RACEHORSE

The trot and gallop are two jumping gaits. In this blog, we are going to study the specific locomotion characteristics of the racehorse.

LONGITUDINAL MONITORING OF THE SPEED OF THE RACEHORSE

STANDARDISED TEST OF EFFORT IN THEORY

The standardised test of effort is a tool allowing to assess the way in which the horse performs during training and holds his effort.

THE STANDARDISED TEST OF EFFORT IN PRACTICE

The standardized test of effort must reflect the reality of the effort of a race (e.g. an acceleration over 400/600m) without reaching its intensity.

FAN EXPERIENCE AT THE RACETRACK: WHAT IS THE ROLE OF DATA?

In terms of sport marketing, the fan experience is the customer experience. It’s the way to build customer loyalty, reach new targets and attract customers to the stadium or racetrack.

8 REASONS TO USE A HEART RATE MONITOR

Here are the 8 reasons why the heart rate monitor

MONITOR THE IMPACT OF A RACE ON A RACEHORSE

Monitoring the impact of a race on a racehorse is core in order to prepare him to the next races in the best conditions possible.

The influence of track types ans track conditions on speed

The type of track will have a strong impact on horses’ performance. They are all affected by the condition and nature of the track on which they run.

THE DEMO HORSES OF EQUIMETRE : A KEY TOOL

Conceived to give you reference data, the demo horses of Equimetre.com are a concrete comparison tool meant to be used. Here are the keys to get the most value from its use.

SUDDEN DEATH IN RACEHORSES : THE STAKE OF WELL-BEING

Sudden death, is defined according to the WHO as the natural death of an individual whose delay between the appearance of the first alarming symptoms and death is less than 48 hours.

HOW TO IMPROVE RECOVERY OF THE RACEHORSE

Recovery is one of the main indicators of a horse’s fitness condition: the better a horse’s recovery 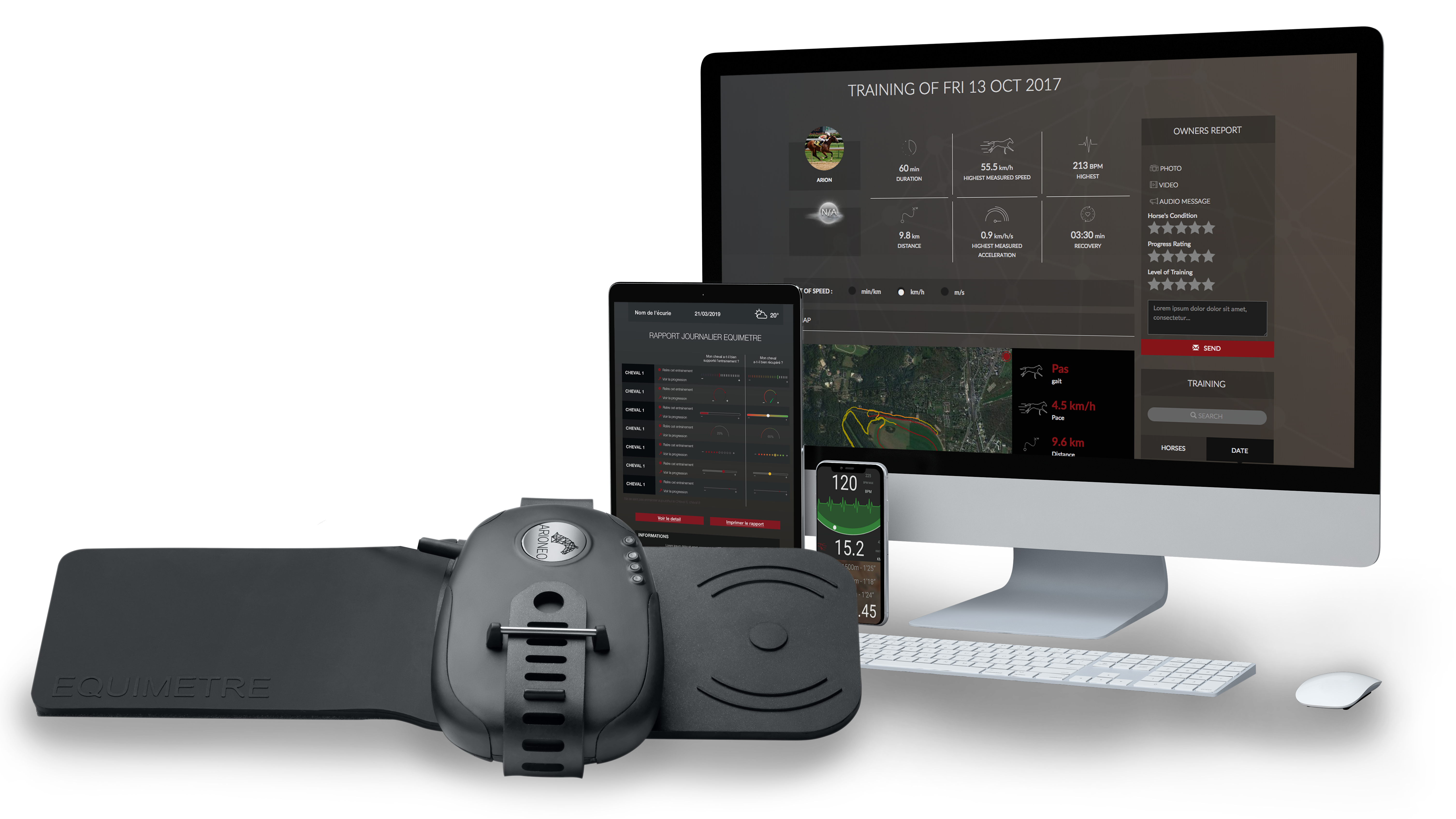 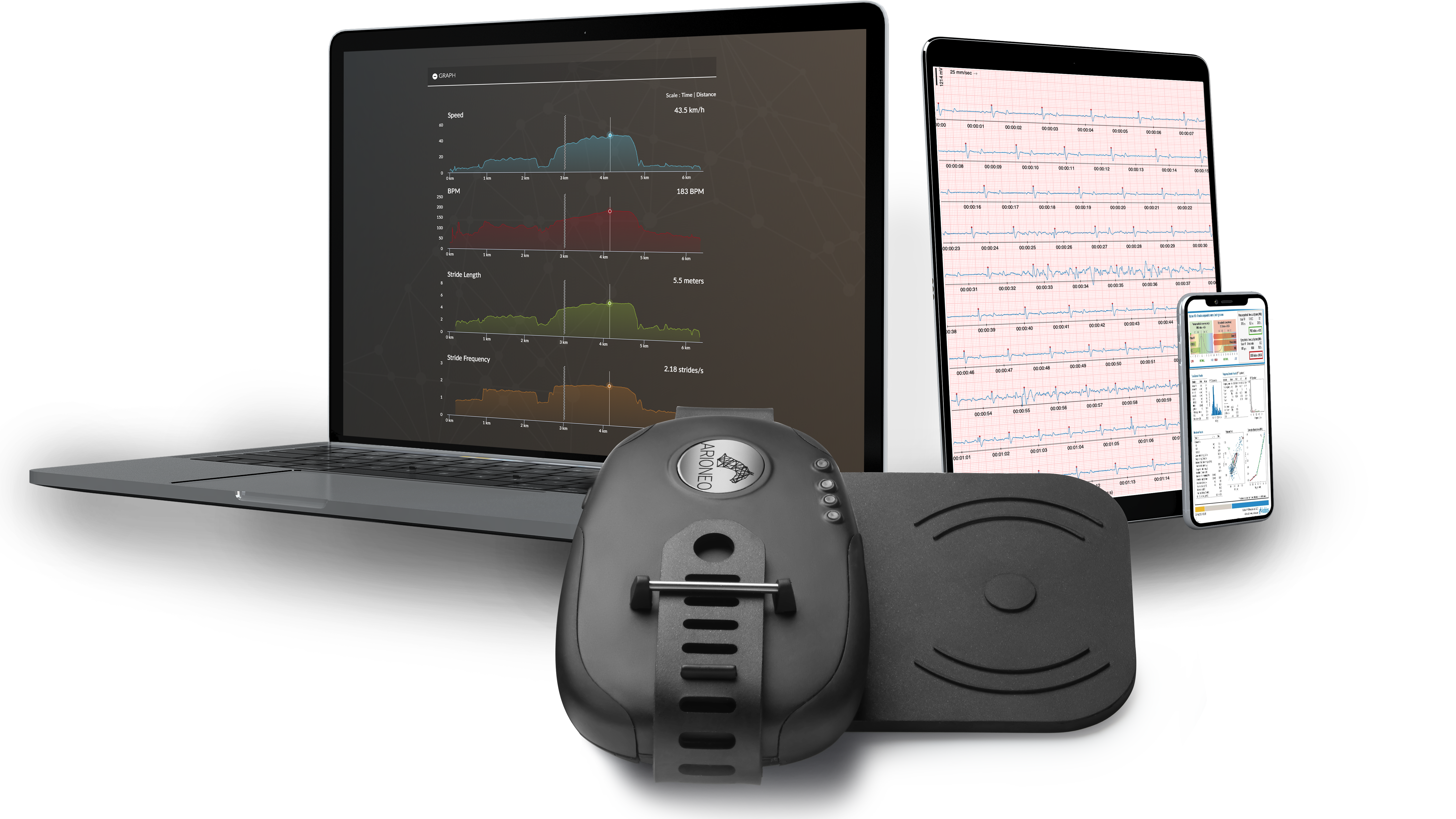