Longitudinal monitoring of the racehorse’s speed 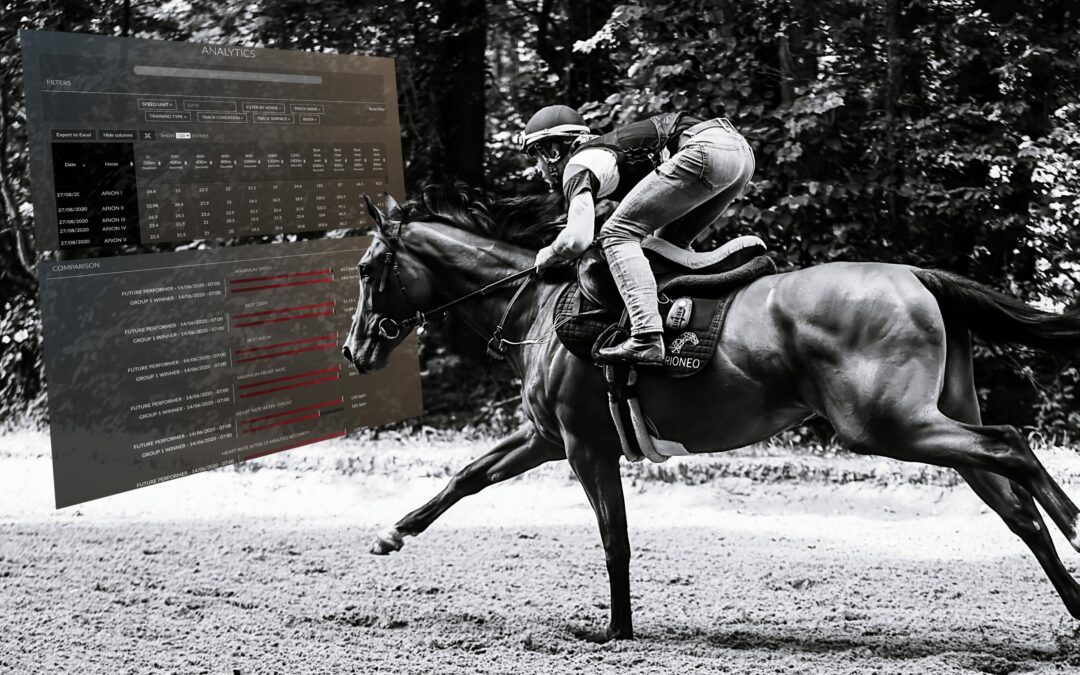 The evolution and adaptation of workloads for young horses is essential in the early stages of training. By following the complete evolution of the work carried out with a horse, an objective vision of its progress is obtained. The data collected in parallel with training allows the trainer to have precise knowledge of the horse’s capacities, data which feeds into the decision-making process during training and engagements.

In practice, the new interface of the MyHorse page on equimetre.com enables the most accurate longitudinal following for each horse present at training. In fact, all the horse’s monitored training sessions are listed there. This page provides an overview of the key data for each horse’s training: the evolution and improvement of a horse’s performance can be seen.

The aim of longitudinal tracking in young horses is to measure the demands of the work, especially on speed. The graphs of Max Speed and Best 600m show a line indicating reference data during the race (600m in 35s, 60km/h). The objective is to observe an improvement in training times, an improvement which can be measured using the recovery data corresponding to each speed data. From one workout to the next, the objective is to increase speed without deteriorating recovery. If speed work has been particularly intense (poor recovery), perhaps a significant recovery time or an active recovery session is necessary. 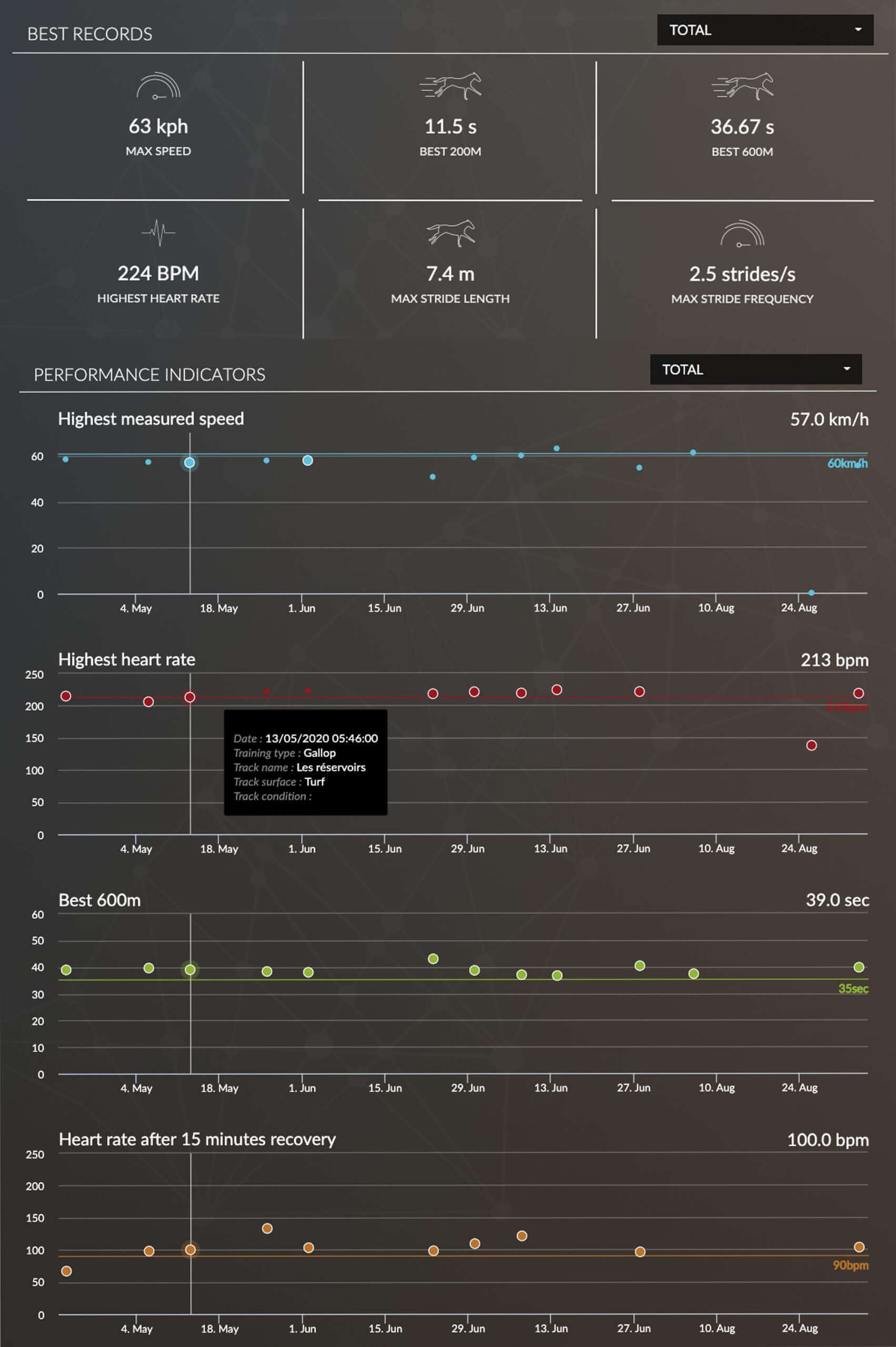 << Download the white paper | Racehorses speed analysis : what data can bring to your speed work?>>

2. Decide on a race entry thanks to the reference times of the race

For a trainer wishing to enroll one of his horses, it may be relevant to compare the intermediate times in the horse’s training and the reference times of the race over the last few years. Although from one year to the next some of the parameters, such as the level of the lot or the quality of the ground may differ, the topography and the track do not change. Thus, such a comparison gives a precise idea of the horse’s level in relation to the level required for the race in question.

Here we will take the example of an Australian horse that ran on September 12th. The last two major works were done by the horse on August 25th and September 8th. During these last two training sessions, the distance of the target race (1200m) was worked on in race conditions. The horse therefore set two reference times over 1200m: 1.17.2 on 25/08 and 1.17.8 on 08/09.

Over the last three years, the level of the horse to be engaged can be evaluated with the level of the winners of the previous editions. The reference times every 200m are compared to the times every 200m in the last two training sessions of the horse. It can be seen that during the 600m following the start, the horse maintains a stable gait, 2 to 3 seconds slower than the race times. However, it appears that between the finish in the race and the horse’s finish in training, the times are equivalent. This suggests that during the two training sessions the horse has maintained a stable performance level “without pushing too hard” before actually starting in the last 400 metres.

All this analysis led the trainer to engage this horse in this group 2 race over 1200m. Thus, the analysis is verified thanks to the intermediate times of the horse during the race since the 600m following the start were much more in phase with the times of the winners of the previous years. The horse finished second in this Group 2 race.